What a crazy week of volatility we saw last week with a couple of big tech names reporting and the FOMC announcement. The upcoming week doesn’t look like it’s going to give us much of a break either with a big resistance level above likely getting tested early on, and then names like $AMD, $PYPL, $GOOGL, $FB, $PINS, $SNAP & $AMZN reporting this week.

At the moment we have a weekly chart that has set a strong candle with a daily reversal bar that attempted to go lower first. This is all taking place in the ES which is holding the lows from Monday at the same time the RTY broke down below those lows on Friday, and you could say is less than appealing on the daily or weekly with a big doji candle. On the other hand you could make the argument that it sets up a daily divergence and is marking a short term bottom in the markets. I can agree/disagree with either side of this argument at the moment, and what I think is a more likely scenario on the week is that we try to go lower first before being able to take out resistance and work our way back up towards the 200 day moving average on the indices.

Levels here to watch for the week are 4420.50 and a break above with confirmation gives us room up into 4480.75. Under 4308 we open the door for a 4231 test, and then from there it could get pretty ugly. Inside of the 4308 – 4420.50 zone I’m expecting some choppy action that gives a couple shake outs most likely to the downside before breaking higher. Longs before we break above the level are speculative though so I will stay patient and wait for the chart to tell me that what I think could happen is actually taking a step towards fulfilling itself. Above 4480.87 we have room up into 4587.75 as a dream target, but I would think that likely trades over the next few weeks if the market does get back into an uptrend as opposed to right away and a V bottom reversal.

$AAPL – This is a favorite swing I have on right now and it was talked about in the Morning Write Up from Friday as well as a trade idea given in the Discord. (The swing alerts push notification is almost done.) Right now there doesn’t seem to be much in the way until 176.75 and if the market is able to confirm over 4420.50 then I could see that level trading this week. 166.95 is the current level I would use for a potential pullback, but given the strength of that move with the earnings catalyst it doesn’t have to pullback at all.

$V – My 2nd favorite long at the moment is in here, and a position that was put on last Friday as well around the 219 mark. There is a level above at 231.86 which I will use as a first initial target, and then above there with a market that manages to hold a daily uptrend and I’m looking for new ATH to trade. Support levels below are at 222.08, but I would rather not see that level trade at all. If I could have this chart do what I want it would move right up into 231.86 and then base sideways for a day or two before getting the next leg to the upside. It could see a push under 225 and if it does then an intraday trend reversal could be played for the swing long opportunity.

Patience is going to be the name of the game this week, and in this market it only takes one or two good trades which for me didn’t come until Thursday & Friday of last week. Don’t get completely convinced we are going one way or the other here as this market has been turning on a dime and with rather large ranges on top of that. Let’s have a great week and as always my full plan each day will be in the Morning Write Up. 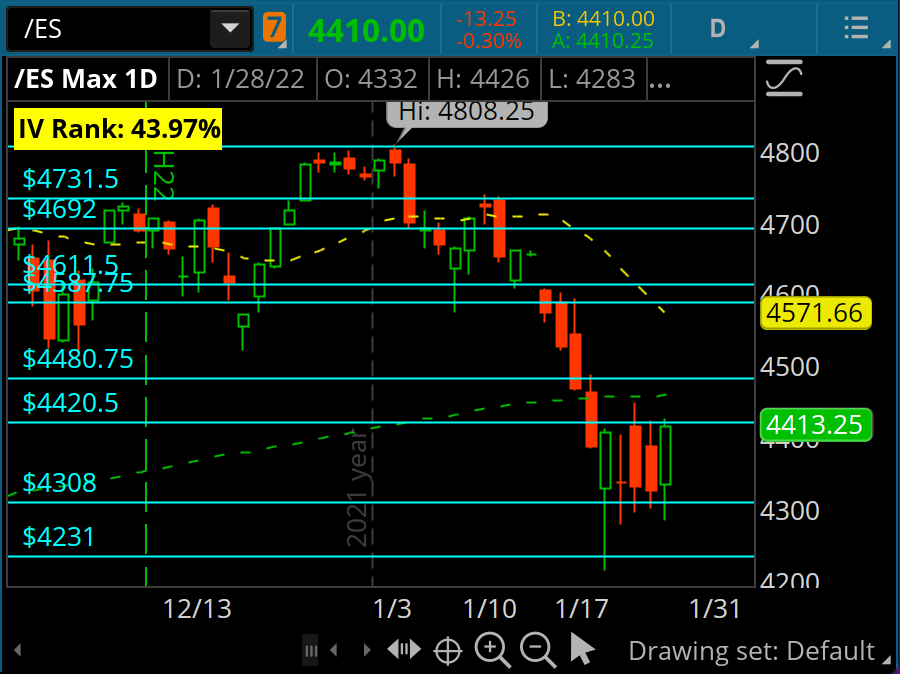 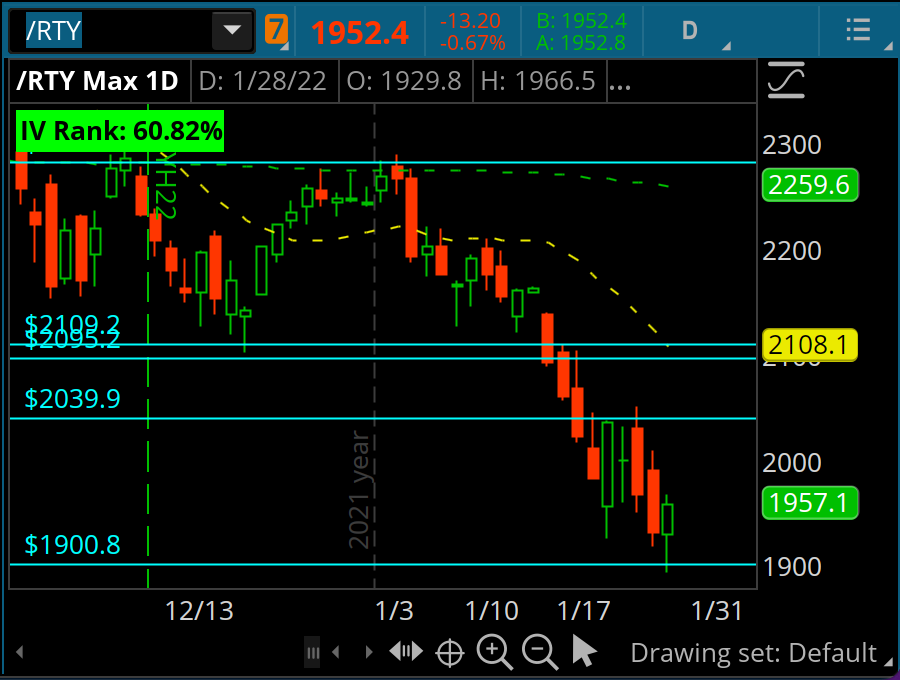