We have an extremely weak market on our hands as we come into the unofficial start of earnings for this quarter. If we take a look at the beginning of last week is started off rather bullish, and looked like it wanted to hold for a move higher. That strength quickly faded and on Friday the markets got absolutely smacked to the downside with the Nasdaq catching the most selling finishing the day down over 3%. This put us right back into the fresh lows we made the week prior and left a massive topping tail on the weekly chart that doesn’t look like it will be fun to trade back up into. The biggest thing I see to be aware of here at the moment is that short cover rallies will look aggressive and like the bottom is in, but they are not to be trusted at the moment. This market will have some major swings on this next leg to the downside, but ultimately at the moment we have every higher timeframe chart telling us that the path of least resistance is lower.

One thing also to keep in mind here for this week is that Monday is a bank holiday which means that the bond market will be closed, but equities will be open. We also do have PPI, CPI, and some retail sales numbers all set to report this week as well. Combine that with the financial names starting to report on Friday, and we have the makings for a tornado of whiplash action here with potentially conflicting data on a variety of fronts.

As for individual names to watch on the week there is nothing that stands out to me at the moment. $TSLA was the favorite from last week, and while it isn’t quite at targets yet I’m expecting we will probably gap down into those targets tomorrow and then the chart will need some more data. $AMD was absolutely smoked on the early earnings announcement and likely gets some follow thru, but it is also pretty extended to the downside now as well. Almost every other name on the board looks about the same as the next chart which is just a massive red bar from Friday to look at. With red impact news folders coming out later in the week and some financial names set to report at the end of the week I think we will find something to do, but it may not be until later on in the week, and the goal for now is to protect capital. 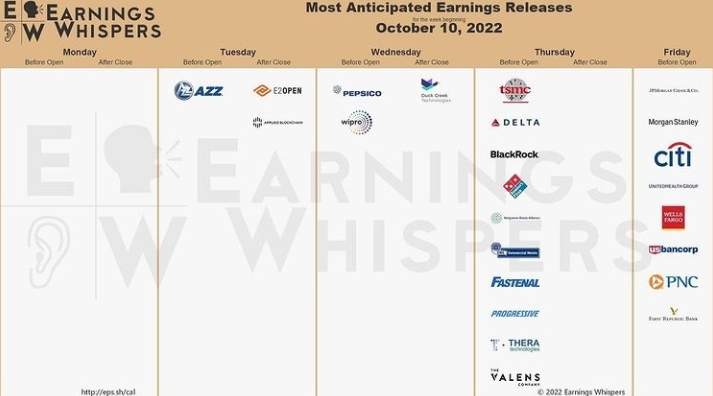