Last week when I sat down about the same time and looked over charts I thought we were a bit extended after 4 days straight up. With only 1 red bar on the daily chart last week I still continue to think we are a bit extended here, and that is going to make longs difficult for me on the week with the thinking that an initial move could be a fakeout. It seems like it would just be so easy to continue to buy this up, but just take a look at the daily chart in $AAPL and tell me that you want to buy it up here? What the chart tells me is possible is that we can get an attempt at higher some point this week early on that fails and starts a nice pullback on the daily chart. However I’m not going to try to sell this uptrend until we break lower levels of support and fight the trend. This rule should keep me out of unnecessary shorts on the week, and by waiting for confirmation it should also keep me out of a sideways distribution week if the market decides it wants to go absolutely nowhere.

One thing moving here early on to start the week is Bitcoin. This will be the first test at trying to break out of this daily range and while I think from a timing wise it is a little earlier than I expected if it confirms then it has some good room to run on a larger level swing play. Bonds however are super ugly and while I thought they were a bit extended 2 points ago we still are unable to get a bounce in there. How they act this week IF the market can get a pullback will be interesting to see and at this point we are too far down to continue to short, but so weak that longs aren’t worth catching the knife either. Then metals are a complete mess, and oil hanging around 110 that wants to crash, but can’t be touched until it takes out 107. There are not many clean charts out there anywhere at the moment. That seems to be the way 2022 has gone so far, but earnings season is coming up in just a few weeks and we will have plenty of things to look at.

There are a couple names I’m watching for the week, but exactly what I want to see in each is very different.

$TSLA – If the market is going to pullback this week after an early rally then I’d like to see this pop up over 1020 at some point and then under 993.60 we have room to 940.89. Not interested in longs at the moment with the extension on the daily chart.

$COST – Over 562.38 with a strong market and confirmation then longs are on the table, and would look a couple weeks out for new all-time highs to get hit.

$MU – Earnings this week and over 80.55 it is pretty clear above, and could be a contender for a earnings trade with some spreads or a wide butterfly above. Will post an update on this after markets open up for the week.

A couple other names on watch for the week are $AMZN $LULU (earnings) $ROKU $SHOP $UPST.

Let’s have a good week and remember that the market is in a tricky trend change area. 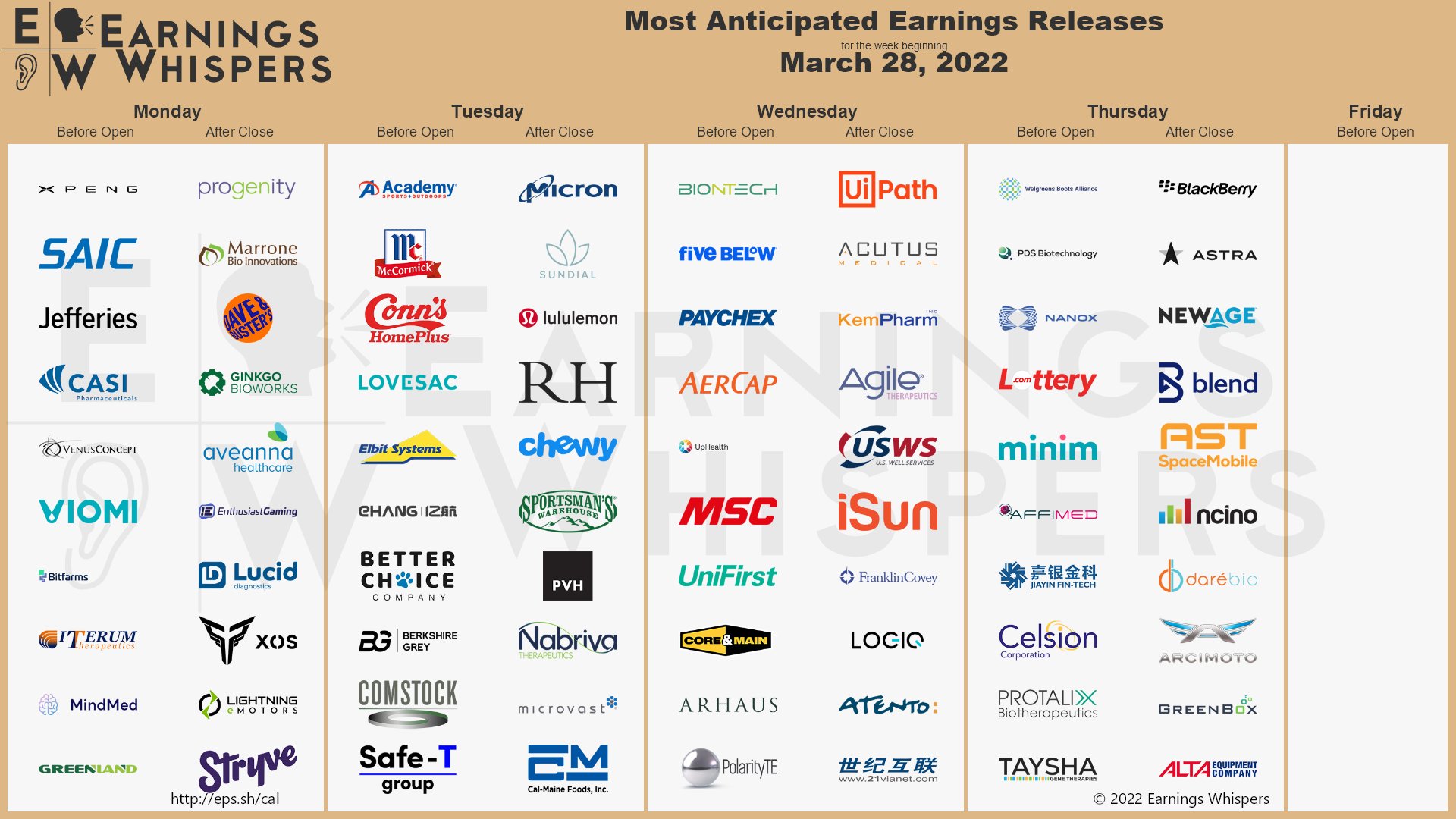