Sunday night futures open has been pretty active lately and in a way they are kind of entertaining. Market volatility is fun if you are on the right side, but when we get 30, 40 and even a 50 point ES move in less than 5 minutes at the open on Sunday night it could also hurt pretty bad if you are on the wrong side of it. Last week the market gave us a pretty clear setup going into this week, and I have two ways to play it at the moment. I was away from the desk all last week so was unable to do anything, and the little mental break was nice. If this market has been getting on your nerves lately and the crazy volatility is starting to get to you then a couple days away from the screen with no positions on can really help clear your mental state.

Earnings are practically done at this point, but there are still a good 10 or 15 names reporting each day that could provide some opportunity. They just aren’t the big FANG stocks that I like to focus on regularly. $DKS $DOCU $ORCL $RIVN and a few other names caught my eye on first look at the earnings list.

At the moment we have a daily downtrend in place with a retest of the previous daily sell that triggered again. The gap up on Thursday looked like it wanted to challenge the downtrend, but with straight selling from the open that idea was quickly squashed. What would be picture perfect here on the week is if we can get some hard selling down into 4166.75 that gets a strong reaction and slowly starts flipping the 5, 15, and then hourly time frame back into an uptrend. This would give us a potential higher low on the daily chart, and if the week can then finish strong up over 4320s then I would go out on a limb and say the short term lows are likely in. Then on our next push over 4418.25 it should get taken out in a pretty big way and push right up into 4501.50. That is like 5 steps ahead of where we are right now though so let’s look at the game plan for tomorrow.

An open below 4292.25 is bearish and that level will be LIS for the day. Longs above that level would not be something I’d want to take as it is counter-trend, but shorts below there are on the table with a target down to 4166.75. I sort of expect to see us try and hold the gap down tomorrow and shake some people out in the morning session before just falling apart into the close. IF that is the case and we gap down on Tuesday morning near 4166.75 then it gives us a nice potential pattern to test the level and bounce…
IF we take out 4166.75 on the week with no significant bounce then this market is in serious trouble and longs would be off the table for a while most likely.

$DE – This is one of the strongest stocks I see on the board right now, and if it can hold up well with the market down early in the week and we get the bounce then this could see the $400+ print.

$TSLA – I set alerts for a break over 857.20 which would take out the daily bar, and be a hold of the daily 200 sma which would get me interested in swing longs with a potential market turn around.

At the moment every other chart I looked at is a mirror of the market with big red daily bars on Friday so strong names are few and far between. Over the past few weeks individual equities have been the focus, but this week it will be all eyes on the indices and whether we are able to hold these lower levels on a test or not. Ranges are likely to still be large this week so be patient and reduce your position size in this type of environment. Let’s have a great week! 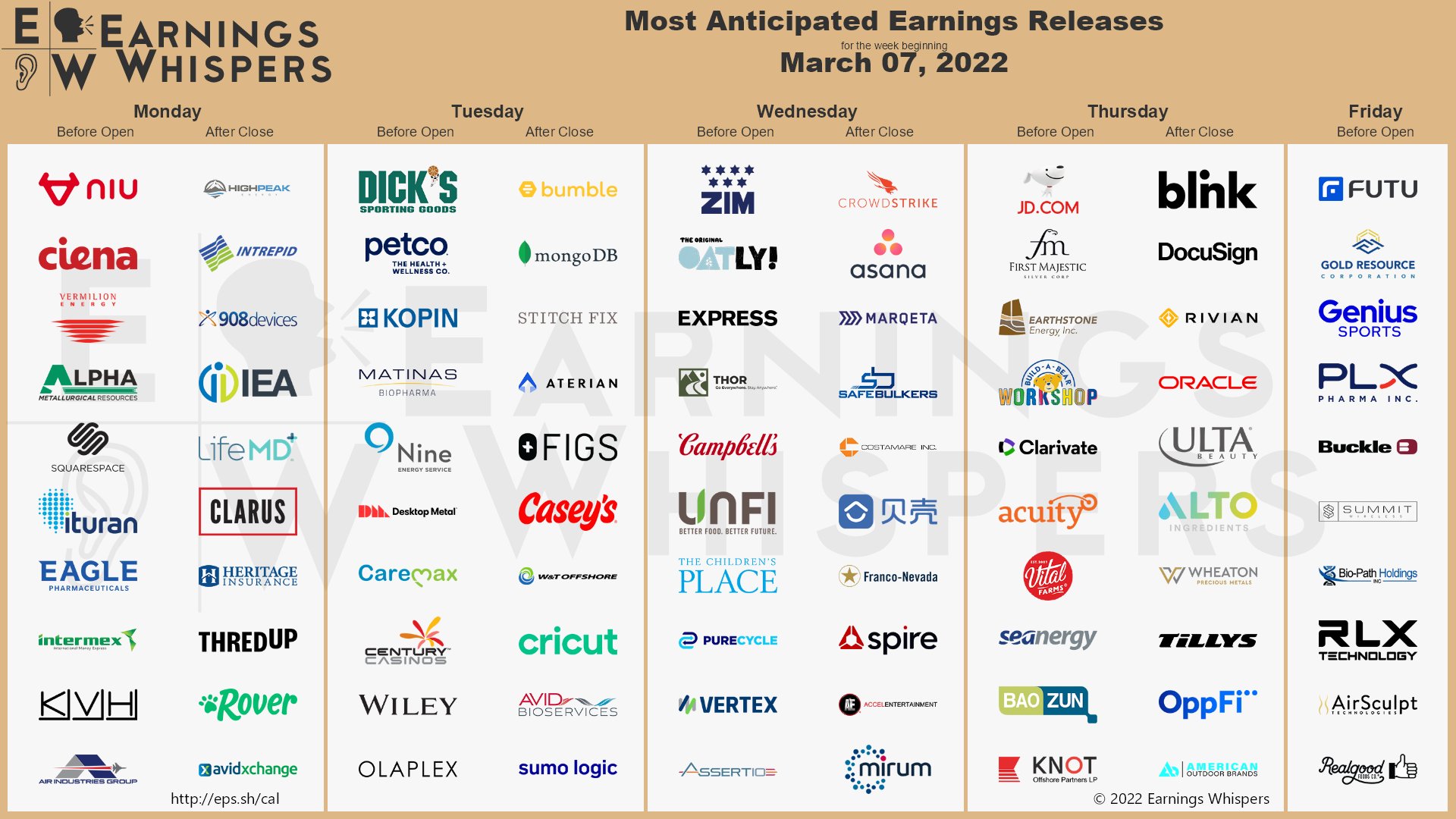