The forexfactory calendar is pretty boring this week with hardly any red impact folder news events scheduled, but the earnings calendar is absolutely slammed. Day after day with big name after big name reporting all this week, and the timing with the overall market is going to be really convenient or Thursday & Friday were just early warning signs. We saw some pretty ugly selling with the gap over red on Thursday that turned into a pretty ugly red bar itself followed by a ugly bar on Friday pushing the ES down into the 4258.25 level I was watching to see trade with only 4215.50 below. Then it’s back to the 4100s and if we take out the Feb/March lows it gets pretty ugly from there. With 2 solid selling days I’m going to look for a dead cat bounce into the beginning of this week. We could attempt to push lower still but after 250 brutal points lower in the ES a little bit of rest would make sense.

As for earnings I have 2 names that I’m not extremely bearish on which is pretty one sided, and that is $AAPL & $CMG. Earnings of course can change the trend of any chart really quickly, and a rally out of $MSFT & $GOOGL early on this week could really set the tone, but the very next day $FB, $PYPL, $F or $PINS could totally flip the script. This is a week to be very open-minded on direction and just because one name does something it doesn’t mean the others will follow.

If this ends up being an ugly week for earnings then we have our trend for the next few months most likely. A reversal of these lows which is unexpected at the moment will give us some longs to play and the absolutely worst case scenario is nothing breaks out and we end up in a massive range. That is likely not going to happen, and hopefully I didn’t just jinx it by writing that. Let’s have a great week, and as always remember our trading rules, and be extra patient. 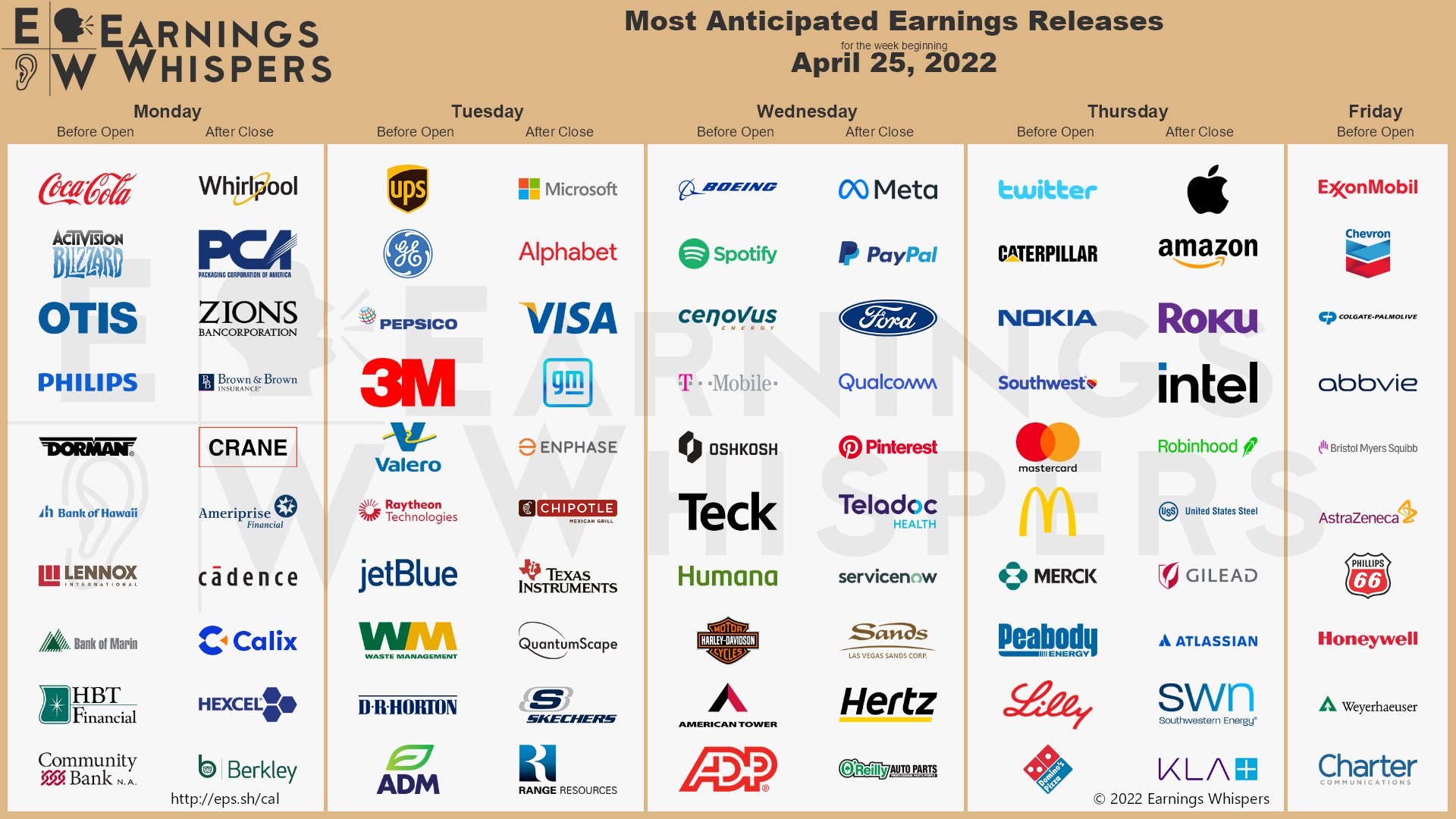